It's the Most Wonderful Time of the Year

To all my dedicated Canadian readers, I hope you had a very, very lovely day filled with Tim-bits, maple syrup and politeness. Now my non-Canadian readers are probably scratching their heads at the first of those wishes. Allow me to reassure you that, along with Rush and Mike Myers, Tim-bits are one of Canada's finest exports. Delicious little bites of donut. Allow me to recommend highly the amazing sour cream glazed variety. They are two nibbles - I like to make them last - of pure joy.

On Canada Day last year (July 1st for the uninitiated) I did the Timmy's Dash:
Step 1: Queue for ages in Trafalgar square at the Tim Hortons tent.
Step 2: Chat to all the maple leaf clad Canadians in line.
Step 3: Show off your knowledge of obscure rural Ontario towns - Holla to Sault Ste Marie! And that, yes, you do know the capital of Nunavut.
Step 4: Apologize and be apologized to profusely for no apparent reason.
Step 5: List as many famous Canadians and Canadian inventions as possible. Extra points given for the ones that most people think are American (i.e. basketball and Jim Carey)
Step 6: Purchase a cup of coffee and two of every available donut.
Step 7: Say goodbye to all your new friends.
Step 8: Dash through the streets of London, counting the number of Canadians you pass - you'll know they're Canadian by the fact that they get whiplash doing a double take at your coffee cup.
Step 9: Deliver slightly sloshed but still hot enough to burn your fingers cup of coffee to eternally grateful Canadian other half.

This year? We sat at a coffee shop in Seville, Spain and marveled at sheer numbers of Canadians walking past. Sunday was also the European Cup 2012 final where Span faced off against Italy so we expected the streets to be awash in red and gold, but the red and white maple leaf was far more prevalent. Everywhere we turned there were Canadians. It was like they all came crawling out for the day - I don't know where they had been for all the other days we'd been there. Maple leaf shirts, Montreal Canadiens shirts, flags emblazoned on shirts, baseball caps and, of course, the obligatory backpack patches and luggage tags.

I first noticed the bag identification trend almost 11 years ago when I went to a Canadian university program in England. Back then, I still called it college, though my new classmates quickly corrected me. When I arrived everyone had Canadian flags attached to their backpacks and little plastic flags tied to their suitcases. I felt distinctly un-Canadian. Not surprising, I suppose, given that I'm not Canadian. At the time, I thought that these were kids outside of Canada for the first time and they were feeling a little homesick, plus it was a Canadian school. 11 years later, I'm beginning to suspect that Canadiana is issued at the airport when you check in for an international flight. I envision the check-in process to go a little something like this:

Passport and ticket, please. Oh, you're Canadian, eh? Are you checking any bags? Sorry, just put them up on the belt, please. I'm checking your bags through to your final destination. Here's a plastic flag for the suitcase and I'll send your backpack to our in-house tailor to have a flag patch sown on. Have a nice flight!

I'm sure you're wondering why I can't be certain of this given that my other half is Canadian. Surely we've flown out of Canada together before? Well, I believe it's because he already has the requisite Canadian flags all over everything he owns. In fact, every suitcase we own is also red and his bags all come from MEC - a Canadian travel essentials store. I read somewhere that it's treason to shop anywhere else for backpacker gear. Of course, there's no capital punishment in Canada so worse case scenario is probably 5 years hard labour in a sugar shack. 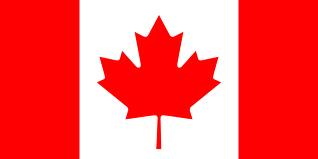 In other Tim-Hortons-in-London news, I have a very, very sad announcement to make. The Tim Hortons self service coffee machine and donut display that was in the Spar on Haymarket is no more. I have no idea why, but it is gone. Let the wails of despair commence. Being a little overenthusiastic, I emailed Tim Hortons headquarters to find out if there are any other franchises in London. They sent me a lovely email back that essentially said, We have franchises in the UK and they're all in Spars. Have fun checking them all, hope you get lucky.

Well, guess what Tim Hortons. We got lucky! Unfortunately, we didn't get lucky in London. We found our Timmys in a petrol station on the west coast of Ireland. Not quite walking distance on a Saturday morning. Oh, and one other thing, Tim Hortons? It wasn't in a Spar - it was in a Corrib Oil shop. Back in London, the tour of Spars begins.

So, although I didn't get to do the Timmy's Dash this year it was a fun Canada Day filled with maple leaves. Can I really say anything else though? People really aren't listening if you complain about being in Spain. More on that later.

And with that, I wish all my Canadian readers a very happy belated Canada Day.